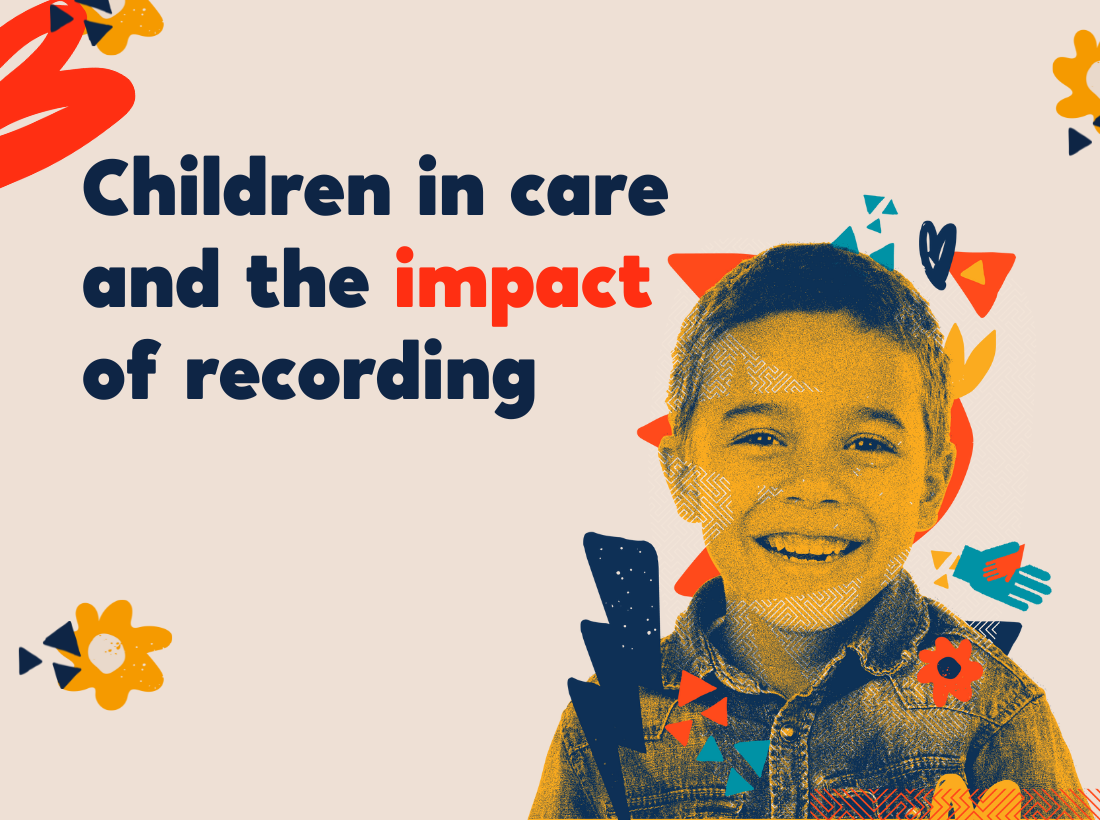 The information we write about a child is either a passport or a barrier to them being able to access services they need and deserve. In this blog, we speak to the founder of The Care Leaders, Luke Rodgers BEM, about why children and young people in care have records written about them, when this happens, and the process of accessing their records.

Whether it’s a social worker’s case notes or a foster carer’s diary entries, we have a statutory duty to record information about children and young people in care. “Schools will also record information about young people and pretty much any other professional that comes into contact with them,” says Luke. “So that could be meeting with a social worker, a looked after children’s review, or an education review, for example. What we write about young people will either be a passport or a barrier to them accessing opportunities.”

It’s important to unpick what all of that means, otherwise we run the risk of falsely assuming what the young person could be like. For example, ‘a high risk of absconding’ might mean that the young person has been reported missing at Christmas because they went home to their parents. Similarly, ‘a persistent young offender’ might mean that the young person is engaged in something as minor as a public order offence, which is swearing in public. “When you hear things like that, you’re immediately going to assume that these young people are hardened criminals when they might not be. It’s essential that we contextualise what we write about young people so that we really understand who those young people are, and so that we know what has happened beyond the things that have been recorded.”

Young people might choose to access their care records for a number of reasons – the most common being that they are looking for answers. For young people in care, a lot of decisions are made for them without them understanding why. “You realise there’s recording taking place about you every single day, and I think there’s a deep interest for young people to know what’s been said about them. As a young person growing up in care, you can often feel judged and stigmatised, and I, personally, had a big lack of trust. I always thought that everybody thought the worst of me. Accessing your records can answer some of these questions.”

While it is possible for young people to access their records, it’s not easy. There is also the controversial subject of redacting case notes and files for young people. “You can legally redact if it’s third-party information or sensitive information but I suppose the question is what is the process of a local authority redacting information and who redacts it? How is it redacted? Who has oversight of that?”

Luke says the other thing to think about is that once information is redacted, you don’t know what’s behind it. “You’re putting a lot of trust in the local authority that they’re going to redact and ethically, and that they’re not going to try and hide things that they shouldn’t. That’s why I think it’s such a controversial space because lots of care leavers often feel like the things that have been redacted shouldn’t have been.”

Speaking about his own experience of accessing his records, Luke says there were lots of things written about him that were not reflective of his situation. “I remember living in a residential children’s home and I a young person had a disagreement with me. It escalated quickly, they accused me, shouted and started being aggressive. I was no saint, but in this situation it was uncalled for and I was the one at risk. When it was presented to me in my looked after children review, it was presented as a ‘serious incident’ as if I was the aggressor, which in that situation, I absolutely wasn’t.”

Luke explains that he became defensive in response to the other person being aggressive to him but when he tried to explain what happened, nobody believed him. “That is the problem with recording, a lot of the time it’s someone’s interpretation of a situation. The people doing the recording have more power than you and if they don’t believe you, then it’s recorded in the way they want.  Also, let’s say it was recorded when I was 11. The social worker picks up that case note when I’m 13 and says ‘oh, this ‘serious incident’ happened when you were 11 – that’s concerning’. They then start thinking I am a risk and it’s a safeguarding concern to keep an eye on. It doesn’t matter that I had spent the last two or three years trying to communicate with professionals that their record of the event was not what happened. Why does nobody believe me? Why is it that it was recorded wrong?

“Every time I had a meeting, that was then brought up as if it was a risk when the risk was never there in the first place because it was recorded incorrectly.”

Luke says the other thing to recognise is that we inherit words and phrases in social care. “It’s normalised within our world to say things like ‘that young person has challenging behaviour’ but that doesn’t tell us anything. What you’re left to do is interpret what that means to you – and you can only interpret what things mean to you based on your own experiences and who you are.

“If we enter a situation and we think this young person is going to be challenging and then they become challenging, I think that we are partly responsible for that because of how we communicate to young people with that preconception. In our mind, we are saying to them, ‘I’m waiting for you to be challenging’. So they go, ‘okay, I can see that, have some challenge. They’re just living up to your expectations’.”

Luke says that one of the most effective techniques to use when recording case notes is if you imagine a young person in care is going to look back on their life and read the things that you wrote. “Some things we have to write will seem challenging, e.g. if we want young people to access mental health support, we have to talk about their mental health, and that’s difficult to read.” But Luke says we can do better by communicating directly to the young person’s future self. So, for example:

Dear Luke, the reason why I’ve written is because I really care about you and I can see you are struggling. I want you to have the right support and I need to write these particular things so that CAMHS will give you that support. I hope if you’re reading this in the future, you understand why I used this language the way I did and a really hope you recognise how incredible you are.

Since statutory records can hugely impact a young person’s access to services, Luke believes we have an absolute duty to encourage everyone to consider the language that they use in recording. “Give each young person a chance and do the work you need to do to ensure that case notes and records truly show who this young person is so they can access opportunities. This is more than changing the language, in my opinion, most of the work in this area is poor and tokenistic. Just changing words is a really ineffective thing because it doesn’t change the meaning, to do that we need to recognise and challenge the preconceived stigmas we hold.”

“It’s really important that we’re aware of the subconscious beliefs that we hold because that is what’s going to influence the way that group behaves. We need to see these young people for who they are so we can approach them where they are. That is a much better foundation to build a relationship.”

Luke says that one of the interesting things to think about is what would the world look like if at any point a child in care could access their records in real time. “Ignoring for a second the challenges that come with that, think about if, at any point, the young person that you’re working with can log on to their computer and read what you’re writing about them, how that would influence your behaviour. What does that do for our accountability?

“We don’t have much accountability when it comes to records because young people will not read them until the services are ended. So when that service is ended, if they’re uncomfortable with something, what do they do with that? Because social care are no longer responsible.”

Find out more about the impact of recording in our popular training session.