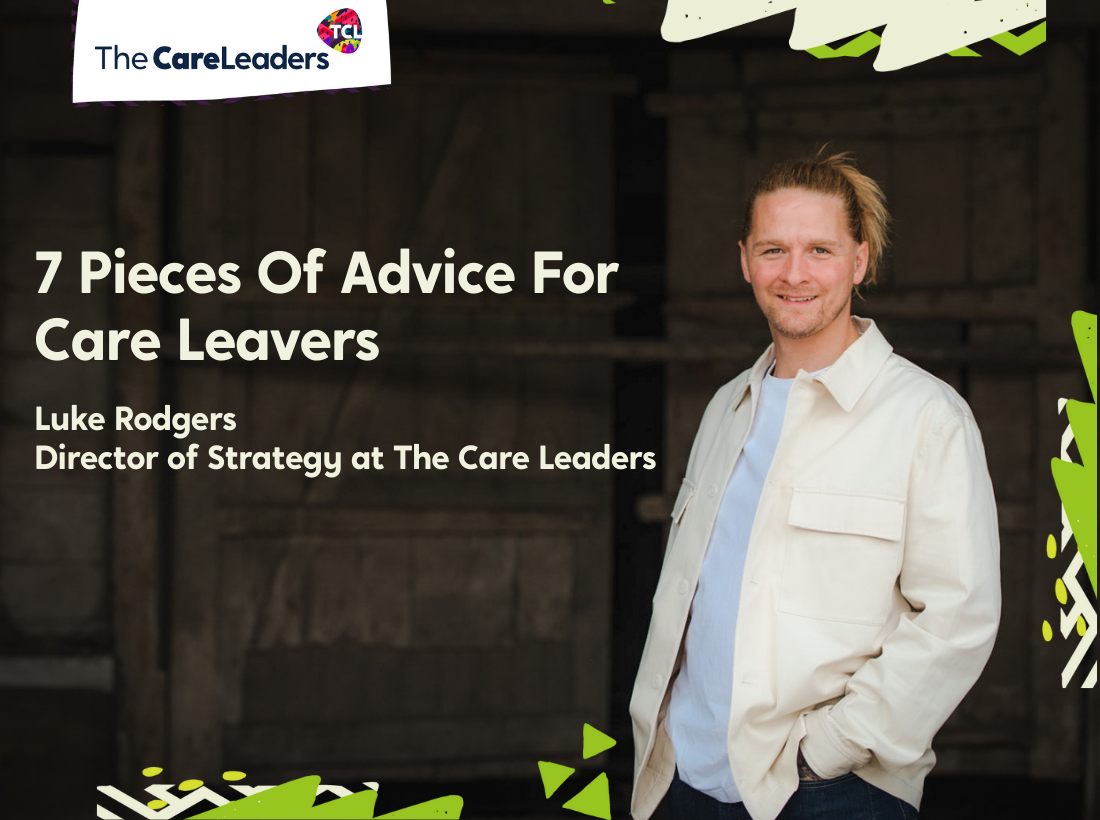 I was one of these young people who wanted to leave care as soon as possible. I was adamant that I was ready. I didn’t let anyone tell me any different and if you had tried to explain to me the reality of what it would be like, I would have just ignored you because I thought you had no idea and I knew the best. Sound familiar?

I broke down every placement in my mission to become independent, knowing eventually I would be living on my own and out of a system, that in its attempts to serve me, felt like it only scrutinised me.

The thought of being free and independent, and removing the shackles of social care couldn’t have come sooner. I had visions of living in a flat, with my own kitchen to cook what I wanted, being able to decorate my bedroom how I liked, pamper myself in my own bathroom, come home whenever I wanted, have my friends over to stay and no more reviews or people telling me what they thought I needed to be doing. This was the dream of independence that I longed for. However, at 15 years old being moved into bed and breakfast accommodation with only a kettle, a single bed, a shared bathroom and living with adults and young people who were suffering from their own hardships and trauma, the dream of happy, vibrant independence was actually a reality of a lonely, dull existence.

I’m now 30 years old. I have a stable job, have been honoured by the Queen for my support for children and families and was a fellow at the University of Oxford supporting MBA students to learn about social enterprise. I am no longer eating super noodles out of a mug but reflecting on these moments, as it is Leaving Care Week.

To mark this week, I wanted to share my adult perspective with my 15 year old self and give myself the advice that I needed. I wanted to write it to myself because I understand that everyone’s experiences are different. I can only talk from my own and generic advice can often feel disingenuous. However, at the same time, I don’t think my experiences are too dissimilar to other care leavers and I hope that the advice I would have needed at 15 will connect with you.

For care leavers reading this, just know that people out there care about you; they understand what you’re going though and that your future is in your hands. Independence gives you a huge freedom and I like to think that it’s not you leaving care, it’s you leading and taking control of your own care.

1. Your story doesn’t need to hold you back.

There’s so much talk that’s about stigma. Lots of the time it’s about how being a care leaver means that you won’t achieve as much, or how it will hold you back: I think this is total rubbish. Think about all the skills and qualities you have gained by being brought up in care: how you can adapt and move; how you can overcome hardship and how you are able to build relationships quickly. I understand that experiences growing up can be painful, but this pain will pass and what will be left are skills and qualities that you have gained that will really help you; you just might not see that yet.

2. See leaving care as the start of a journey not the end of one.

I’ve been asked a few times, ‘how do you deal with endings when you move out of care?’ It’s a hard time and usually happens earlier than it should. I don’t really have any pearls of wisdom, other than, try not to see leaving care as an ending. Being in care can also be restrictive and there’s a freedom to leaving it. You have control over your life and what you want to do. You have the world at your feet and opportunities at your fingertips.

3. Ask for help, rely on others, but depend on yourself.

Asking for help can be difficult. I’m not sure why, maybe it’s because we are in some way saying that we don’t know what to do and that can feel helpless. That’s not the case; asking for help is really important because you can’t do everything yourself, as much as you might like to, or feel you have to. Make peace with reaching out. There’s a balance between relying on people and depending on yourself. By reaching out you can gain skills that increase your independence. Being in care, most things are done for you and lots of things happen in the background of your life. When you leave care, it can be scary, because that goes. This is where we learn to depend on ourselves and it is important to start to think this way too. A balance of asking for help, relying on others and depending on yourself will really benefit you.

4. Don’t be afraid to start something new.

There are a thousand and one amazing things to do in the world. If you are anything like me, I used to think that I would be useless at most of them. I didn’t dare to start something new, mainly because I thought I would be ridiculed, or just be bad at it. One thing that being 30 is that I care less about how good I am at things and what people think. I accept that it doesn’t matter if I’m not good at something: what’s important is that I just give things a go and see what happens. You just don’t know what you will be like at doing something unless you give it a go.

5. Everything can happen later

If you think about it, it is actually impossible to fail if you are still trying. That’s not to ignore the fact that setbacks happen and can feel painful, but everything can be overcome and done later, no matter how big or small. You only ‘fail’ if you stop trying. If you didn’t achieve GCSEs or A-Levels, then do them later. If you didn’t get that job, then apply for another. Just make sure you are in the right space in your life and keep learning from the setbacks you have had, so you can adapt and try again. By the way, saying ‘I can do this later’ when you know you could try it now, isn’t what this is about! Do it now and be prepared to do it later as well if you need to!

6. Know that it’s normal to have up and down days.

We are all humans with emotions. The thing about being in care is that sometimes our emotions can be put under a microscope, which ironically makes us hide them away, meaning that when we become adults, we can bottle things up and it can seem really hard to let our emotions out. It’s ok to feel down. It’s ok to have a little cry sometimes. Just remember that everyone has up and down days; it’s all part of being human. Don’t let down days silence or trap you. Be kind to yourself and be prepared to talk. Talking is a sign of strength and independence.

7. People can think anything they want about you: only you know yourself.

People like to judge. We all do it; it’s just that no one ever really admits it. Someone I am very close to once told me ‘people only have the power you give them’, meaning that if someone judges you, or thinks a certain way about you, it will really only effect you if you allow it and give it power. Remember if you feel hurt because someone thinks something about you, that pain is because they don’t see who you are and that’s not nice, but you know who you are and you can choose to be you. Don’t let the words of others get in the way of you being you; brush it off; be yourself and let the haters hate.